Spoilers, I guess. Nothing terribly non-obvious given the marketing, but be warned. 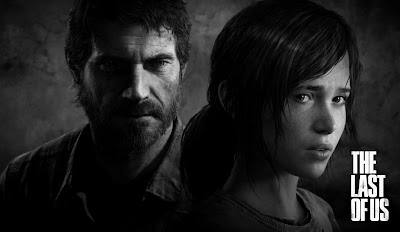 “It’s got zombies, and part of it is set in Pittsburgh.”

After answering this way for the third time or so, I wondered if I shouldn’t be giving an answer about a game with a less-predictable theme. Maybe I would be a better champion for games as a medium if I answered something that says something more unexpected. Then again, all the games I’ve played recently involve knights with swords, elves with swords, or off-kilter superheroes… with swords, so I’d have to dig into my memory a ways for something that fit the bill.

When someone who is a gamer hears I’m playing The Last of Us, they ask “how far are you into it?” to which I answer “not very far.”

“I’m not even at a point where I can answer that question accurately? The first one. The beginning. I’m not very far.”

I guess the first part is Boston, so, yes. I’m still in Boston! In other words, I’m at the point after the first girl dies, but before the other lady dies, because that’s apparently how we measure time in video games.

I am totally a champion for this medium.

One of the reasons I often don’t bother with the “hot critical game of the moment” is because I get busy or even lazy and I’m bad about carving out time for it until people are already done talking about whatever game it is. Often, it’s enough that I feel like I didn’t need to bother with the actual game and got what I needed to know out of the essays. I was mulling over writing an essay about The Last of Us as a “Dadfeels Game,” which is a term I’ve been using on Twitter lately to explain about how all the big, serious, expensive critically-discussed games (Bioshock Infinite being another one) are all about fatherhood these days. I may still end up writing more about this after playing Heavy Rain, which I also picked up recently, and which is yet another game about the Dadfeels. Even the new Grand Theft Auto is apparently going to have some Dadfeels in it, so, look forward to that, I guess? Fortunately, there’s not too much demand for such an essay to be timely, since Critical Distance already did a huge roundup of many other critics making the same observations with regard to The Last of Us. Any one of those writers or maybe all of them may be the Roger Ebert of video games.

But maybe it doesn’t matter when I answer “The Last of Us; it’s got zombies, and stealth kills where you break open the faces of zombies with bricks” because why the heck should I have to apologize for video games? I could just hold my head high and confess that I’m not at all embarrassed by it. Dadfeels and drama aside, it’s a video game and it brings to the table the things video games are basically known for. So that’s pretty much what I say.

Because the answer so far is usually, “That’s cool.”