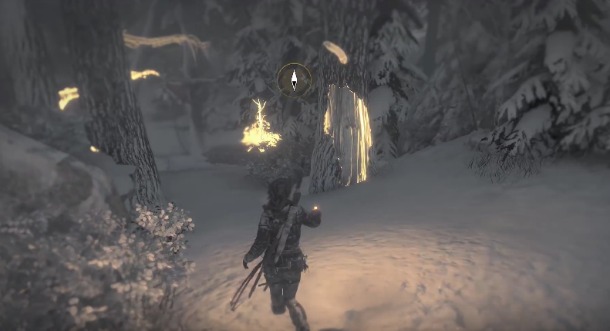 I wrote a review of Rise of the Tomb Raider for Tap-Repeatedly.com.

In the process, I went back and read my Uncharted review. I played Uncharted really late, and I actually didn’t much like the first Uncharted when I played it. On the other hand, I liked the Tomb Raider reboot and its sequel quite a bit. This is despite the fact that, as I mention in my review, they use more or less the same game format as the first Uncharted. So what’s different? I spend a quick paragraph on it in the review but I want to examine in a more rambling fashion this idea of environmental affordance. I think it’s an important component of modern game environment design.

I’m one of the rare gamers that has written some stuff critical of Final Fantasy VII. Just this week I read this article about the remake trailers, written by Brendan Keogh . I think it’s interesting that he talks about how FFVII “leans into its technical limitations” because I’ve always found the art direction in FFVII uneven for this very reason. Sometimes the environments were so high fidelity in dungeons compared to my weird little block character that it wasn’t even clear where I was able to walk. Fortunately, the designers of the game knew this, and allowed an optional waypoint graphic to appear when needed. This was a trend-setter for many years to come.

In the modern days, we have “Detective Mode.” This is most famous from the Rocksteady Batman games, and in the first game, Arkham Asylum, it’s so useful that it’s basically pointless to even turn it off. Tomb Raider has a similar vision mode called Survival Instincts. It’s balanced by the fact that the player can’t leave it on while in motion and it only flickers up for a brief time. That is, unless you disagree that it is balanced at all. I’ve seen some people such as Andrew Reiner here write that the mode makes the game a bit too easy. 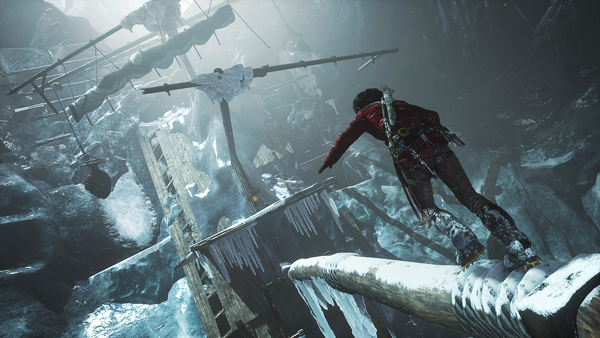 Tomb Raider/Rise of the Tomb Raider do another thing that’s good, though, and make objects in the environment that  can be interacted with very similar in appearance. Any tree in Rise of the Tomb Raider that I can climb looks like every other climbable tree, with a flat bit of exposed wood under the bark and some obviously stripped branches. Rock walls suitable for using the climbing axe all have the same pocky-looking bump map. And most ledges Lara can hang from have a slight white highlight on the top edge, usually a streak of paint, though sometimes it’s just a patch of snow or a trick of the light. This may not be realistic, but I don’t care. It’s a price I’m willing to pay for it being really obvious what I can and can’t interact with in the environment. This part of the game’s texturing is consistent enough that I rarely needed the Survival Instincts to figure out a traversal path, though it was useful occasionally, especially if the way forward wasn’t immediately clear.

Consistent assets help out with affordances as well. There are a few traversal methods later in the game that require objects. If there’s a place I can axe-grapple and swing, the hook that I need to hang from always looks very distinct. The weights and cranks used for puzzle solving are always similar-looking assets as well. This is probably convenient for the developers in that they can re-use the same environment assets from time to time, but it’s also incredibly useful for gamers in that an axe crank always looks like an axe crank. This way I can get to figuring out how to solve the puzzle, instead of just milling around trying to figure out which part of the puzzle is the interactive part. 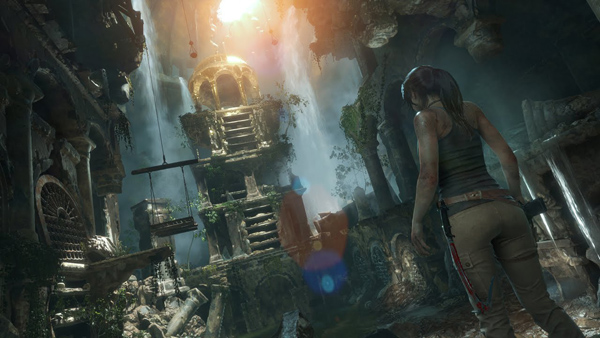 These two factors combined make me wonder how the game would play without the Survival Instinct vision. But overall I found the vision mode just too useful to live without, especially when finding collectables or enemies in the environment. I think overall, Rise of the Tomb Raider would be a terrific game to study for a basic primer in how to make environments read clearly even when they’re dense with information. This kind of stuff means the difference between a game I enjoy, versus a game that makes me want to tear my hair out in frustration.