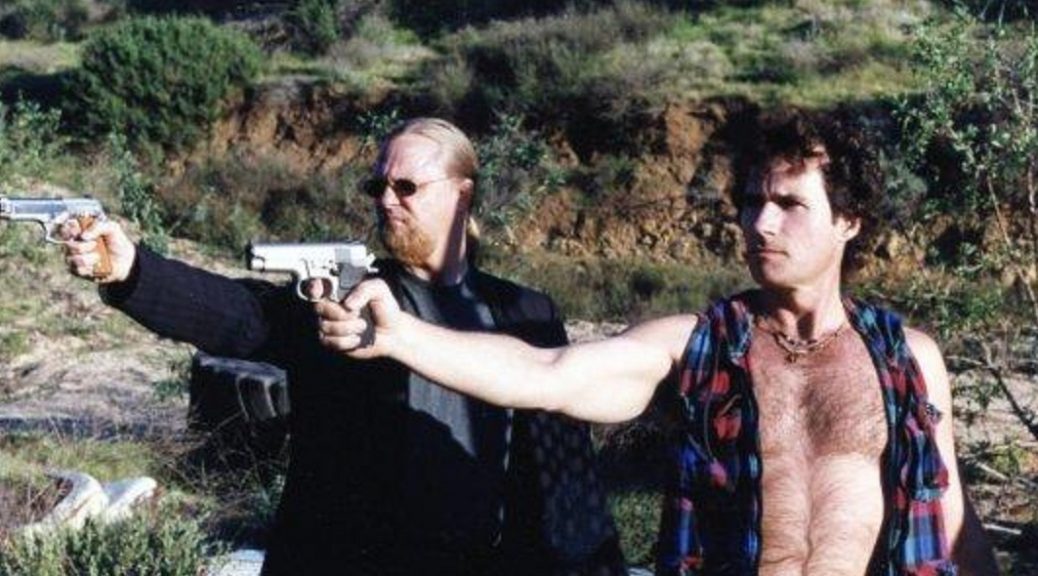 There’s a B movie I’m really fond of called Guns of El Chupacabra. If you’ve hung out with me and my husband for long enough, you’re probably familiar with the movie. We discovered it through the Smithee Awards ceremony at Origins Gaming Convention, and have been sharing it with people for years. The hero of the film is played by Scott Shaw, who is also the director of the film. The heavy in the film is the late and great Robert Z’dar. As far as I am aware, we own the only DVD copy of the film signed personally by Robert Z’Dar, and I treasure it.

I’d explain the plot, but it’s not very coherent. It has the elements that you’d expect: guns, El Chupacabra. There’s a scene near the front of the film where our hero, Jack B. Quick, is buying the titular guns. He visits a gunsmith that operates out of the back of a truck. The gunsmith explains the variety of different weapon he offers, doing demonstrations that explains the merits of each individual piece. This is a standard scene in an action film, the hero gearing up sequence. But because it’s a movie filmed without a real script the smith just rambles and it goes on for way too long.

After it’s all done, Jack looks at the smith and asks: “So all these guns do the same thing? Kill people?”

This is an accidentally brilliant line and I think about it a lot.

I think about this every time someone tells me about some great new JavaScript framework, some new improved method of data storage, some brand new method of data security.

Do all these guns do the same thing?

It just pops right into my head. If I think about what that means about me, maybe this means that I’m more results-oriented than process oriented.

Except I don’t think that’s really true about me. In the kitchen, for example, I’m really interested in process. I am interested about process when I’m sewing something, and I’ve even detailed my technical process from time to time.

Thinking about this further, I realized that I have a fine arts background first, and a tech background second. In fine arts, there’s this idea that the process can be personal. Artists might discuss the pros and cons of different software suites. They might have different ways of utilizing layers or filters in Photoshop. They might draw on paper and scan, or draw on a Wacom tablet, or have the tech to draw directly on a screen. Or some artists just use regular paint and brush, and that’s just fine too.

Is your data structure a magic bullet, the perfect gun? Or is it just a tool to make software? Today I saw a recorded lecture from inside Microsoft discussing a project – no real details necessary – that went way over time mostly because of an internal holy war about the data model. People can have really strong feelings about the best, hottest way to do back end applications. It’s the same way Photoshop users might have really strong feelings about which brushes they use… but I think there is often an ability for people to take a step back here, take a look, and realize that some process choices are just personal choices.

It seems like in technology, though, I run into a lot of situations where people want to pivot their entire stack, and process, because something new and better came along. It happens with data models, with game engines, and with frameworks. This results in a lot of technical debt as people have to upskill continuously to new processes. While I’m the first person to be gung ho about a new technology, I also love to see what the major difference is in that technology really is. Is the time used up in learning the new process going to get me a better end result?

I’m still struggling with these questions. But this is my metaphor:

Since the smith is forced to admit that Jack is right about the function of the guns, Jack just picks up two of the small pistols, and goes on his way.

Spoiler Alert: he kills the Chupacabra with a sword. 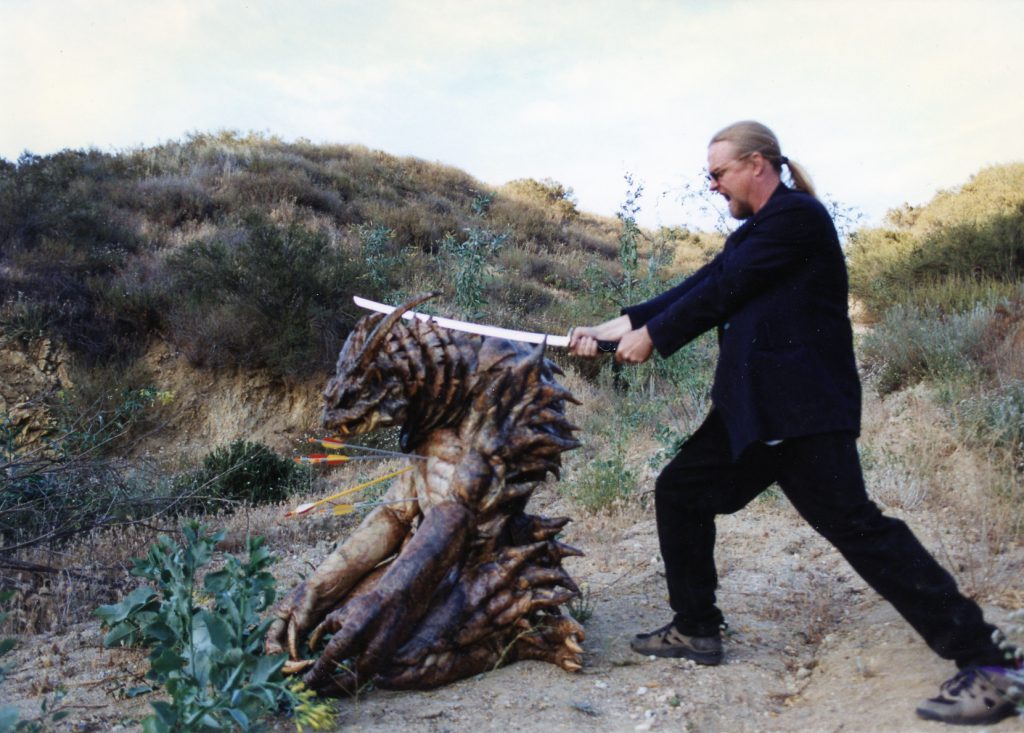 What’s your process? Is it personal… or perfected? Have you considered a sword?