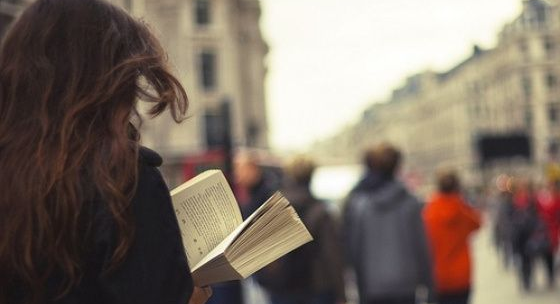 Men you admire. Authors or professors or artists –

They will invite you into their hotel room – or out to the veranda, or to their apartment – for a drink, and some stimulating conversation.

And even if nothing untoward happens, no touch exchanged, no one groped or raped or ending up in tears –

You’ll think you were invited because you were smart.

And years later, maybe you’ll have the perspective to look back and realize, no, it was because you were young, and you were hot. Maybe his intentions were fairly pure – maybe he just liked the idea of being the mentor to this hot, wide-eyed college-age girl who respected him and hung on every word he was saying, or, maybe it could’ve gone bad and you just got out when you needed to.

And years later, you’re going to feel a little cheated, because you thought you were smart –

But it never sunk in that you were hot.

And you were smart, too, but not smart in all of the ways that mattered at that moment, the ways that required perspective you couldn’t have.

I’ve been that Bookish Girl –

And when you are that girl, you’ll still look at The Other Girls, the Hot Girls, as if they had something you didn’t. What they really had was that they chose to own the sexual part of themselves. Sometimes it was trauma that they used to give themselves this permission, or maybe it was just a choice they made, or maybe it was how they were raised, or something they understood much faster than you did. I can’t say for sure, because I’ve never been the Other Girl. But I’ve been the Bookish Girl.

As I got older and smart enough to recognize patterns, I’ve watched other, younger women be the Bookish Girl – and get that invitation to speak privately about some intellectual matter. And so I at least double-checked to make sure things were fine, maybe hung out around that younger girl a little too long, just in case –

If you are that Bookish Girl, when you look back at all those times, you’ll feel lied-to, and a vague sense of loss. Because now you can’t be sure if you really were interesting the way you thought you were, in the way the older men told you you were. Maybe you were interesting in a different way. If they could have just been honest with you then, then you’d have a different sense of your value and worth.

But your value and worth was tied to this fake concept of purity, rather than the idea of you having agency.

That’s something I wish all of the Bookish Girls learned, without having to learn from experience and time. May you know every part of your value, and have the self-respect to understand you can be hot, and smart, and those two things do not cancel each other out. Take care of yourself, until you have to take care of other girls who haven’t yet learned these lessons from experience.

It’s not a call-out of any one person, or any one experience –

Just my knowledge from a lifetime as that Bookish Girl who in those earlier days did not know, and the knowledge I wish for you.