In this entry, I have a lot to say about Kotal Kahn. Then a few characters I have less to say about!

Kotal Kahn: So, Kotal Kahn is a new character. He’s the newest emperor of Outworld, who took over the throne after Shao Kahn’s death. The plot of story mode revolves a lot around whether this is just or not, or if Mileena, as Shao Kahn’s adopted clone-daughter, is in fact the true ruler of Outworld. Kotal is portrayed as a sort of noble-warrior sort by comparison to Mileena’s treacherousness.

Kotal Kahn was not available any other time before this to claim the throne, because up until now he was hiding out in Earthrealm seeking the Puma Man.

One is forced to play as Kotal Kahn rather early in the Story Mode, and I did not enjoy this experience, because he’s big and sluggish and all his good moves have a really slow startup. He can call down a beam of sunlight, which as far as I can tell does about as much damage to opponents as actual sunlight does. I suppose the idea is that they die of cancer, eventually.

He talks about jaguars, and stuff, because he is an Osh-Tekk, from Central America.

I dig the Central American aesthetic to be honest. I took a Central American Art class in college and I think their history is very interesting.  Someday I really want to check out the pyramids down there. I think the Aztec/Maya look fits into Mortal Kombat pretty well. There’s a synergy with the stories about blood sacrifices in the Central American cultures and this works for me. But it’s just … so easy to make jokes about Kotal Kahn, and Swery 65 says that I should always use all my ideas.

(I think the sunbeam actually is supposed to heal Kahn; it’s just not super effective in any case.)

Liu Kang: I have less to say about Liu Kang, whom I almost forgot was in the game at all. I didn’t totally forget, because he’s such a bitch and half to fight in Story Mode. He’s an evil demon zombie now (replacing Scorpion for evil demon zombies in the roster). Like many other MK characters in X, he found a shirt where previously no shirt was present, which is fine.

Here’s some other people I have little to say about:

Goro: DLC. He doesn’t look too different from the old games. I didn’t buy him.

Tanya: Tanya will never feel like a real MK character to me.

Seriously, I always hate to feel ignorant about things, so I wikied to see who this actually was, and felt relieved to see that he is, in fact, an obscure character from one of the spin-off games, and not someone I am supposed to remember. Technically a ninja!

Erron Black: Basically Erron Black is a cowboy who accidentally wandered into Outworld one day, and just sort of bumbled around being a cowboy assassinating people until he became an enforcer for the new Kahn. The first time I read that, I thought “that’s the dumbest thing ever” and then when I actually saw the character doing stuff, I thought “no wait, this guy is cool.” A story that random and pointless is really the essence of Mortal Kombat and thus totally okay in my book.

He is also the Troy Bakerest of characters. 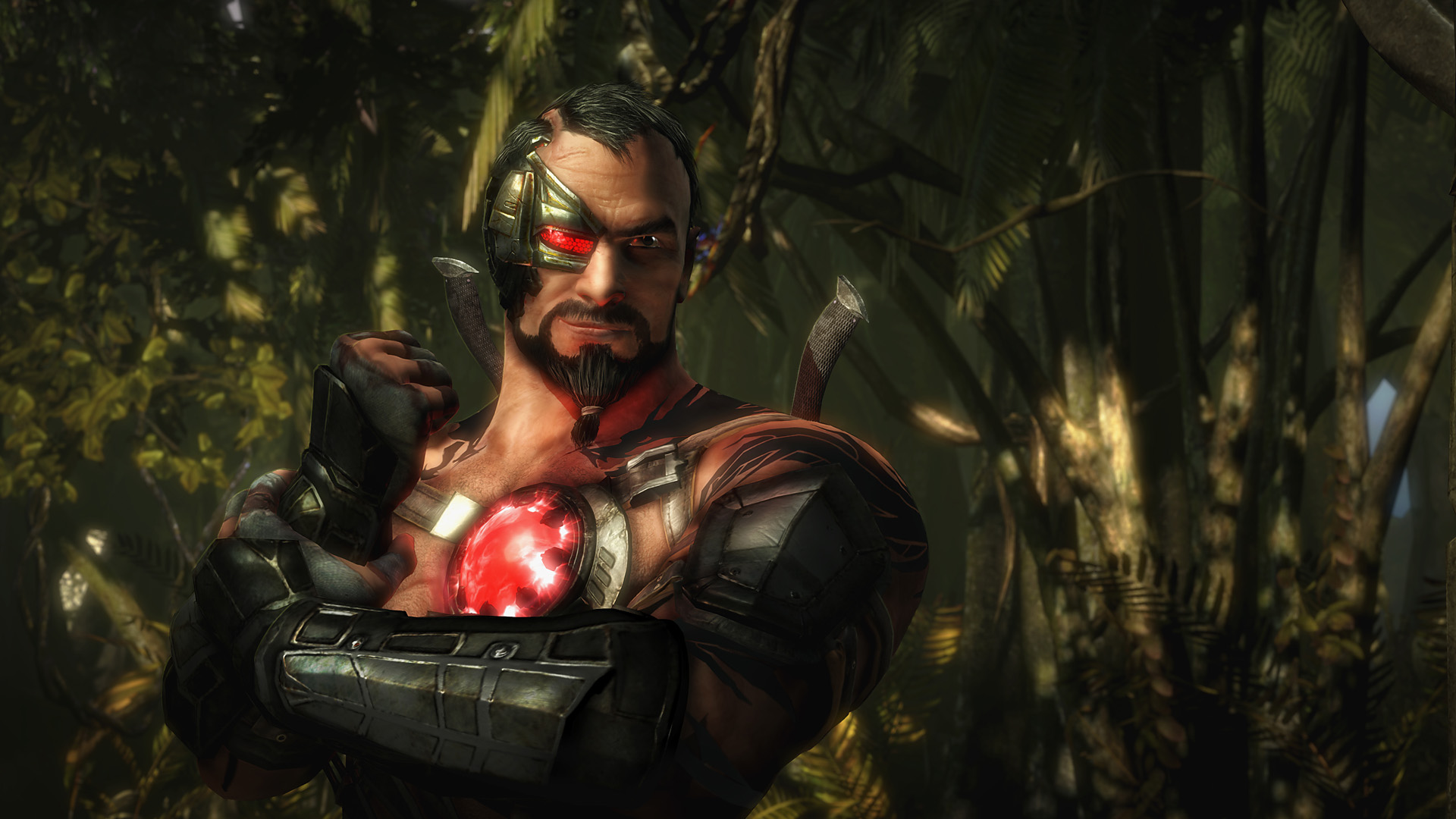 Kano: So my husband was like, Kano is in this game? How the hell is Kano even still alive?

Which, you know, good point. Everyone hates Kano, and he dies in the movie. It’s not even all the way through at the end of the movie. In the games, to my knowledge he hasn’t died even once! Kano is a real trouper.

Other than being older and a little more weather-beaten, with some slightly chunkier cyber-parts, Kano’s design hasn’t changed a whole lot. He’s Australian, which is interesting. I’m certain that is also a throwback from the movie: where, reminder, he died. But somehow in the actual games he always snakes out to live another day. He’s just that Aussie that you love to hate! In a world were Liu Kang is super-dead, Kano keeps on trucking.