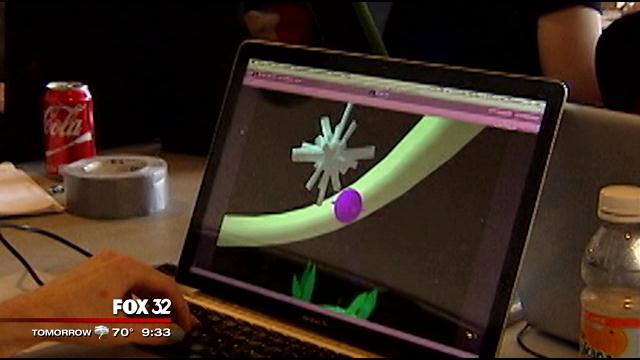 I’ve remarked quite a bit in the past about “Dad Games:” the gamification of fatherhood that seemed to be a recent fad in AAA game design. But the inevitable question arises: where are all the Mom Games?

When I say “games about moms,” many people mention “well, there’s that one with the badgers” (Shelter). Cart Life has an honest exploration of human motherhood. Moms do show up in blockbuster games, but often as antagonists. Now Sonya Blade can perform a fatality on her own daughter, which… has some psychological ramifications I’m sure. But surely games about motherhood is a topic that needs more exploration.

This month the Voxelles, Chicago’s female game development group, had a Mother’s Day Game Jam about this very topic! And I was there! The focus of the game jam was to create a game about the topic of motherhood: in any variety. We were lucky enough to be picked up by the local Fox News affiliate, and they gave us some wonderful coverage about the jam and the game developers. You can kiiiind of see me in the background, early on, or part where I open up an old Unity tutorial file I was using as a sort of code scratchpad. 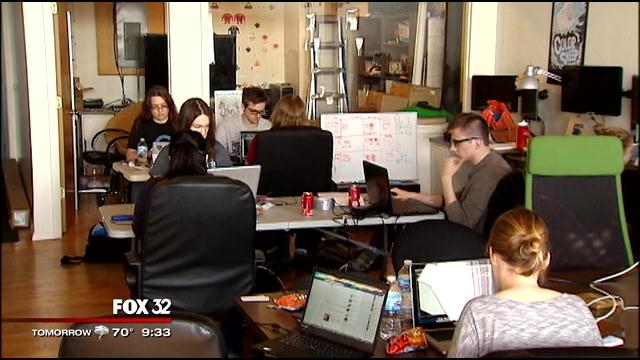 I had my Cortana shirt on!

I actually want to talk about the games that resulted, because they are really cool. You can check them all out on MomJam.Itch.io and play for yourself! Many of them use open-source graphics and are made by first-timers, or teams of first time game-makers combined with vets.

Bless the Queen, for example, is a platformer made by a first-time game dev using Construct 2. He actually had to split early, so we didn’t quite get the end of it working, but it’s amazing how quickly Construct 2 can create a game. (If you want to give Construct 2 a try, we’ve got a free tutorial for that.)

Dad’s Mom Card is a paint program that will let you make your own wacky “homemade” Mother’s Day card. Save to your drive to print out and share with Mom or someone you love.

Fish Upon a Star is one of my favorites of the jam. As a mother fish, swim around in outer space to find your hiding fish babies. The babies make a little tone to let you know if you’re getting warmer… Made like many other game jam games in Unity 3D! (We have tutorials for that, too.)

Sarah Sexton from Microsoft provided two games for the jam: Driver’s Ed, which is a driving game used as a jam demo, and Mother May I, her first RPG Maker game. 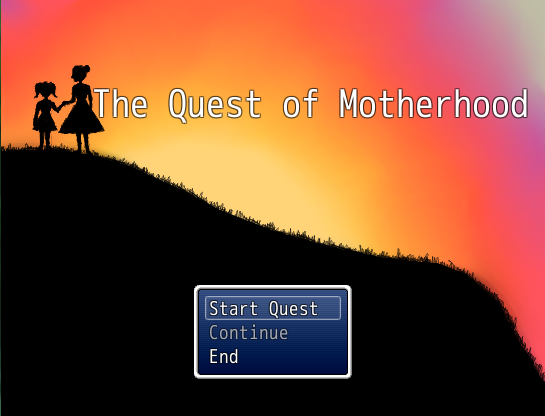 RPG Maker was also used in one of my other favorites from the jam, The Quest of Motherhood, which was made by a mother, daughter, and friend team! I loved watching as they drew custom character portraits to add to the game, as well as monsters that represent day to day problems like Dust Bunnies, Bills, and Unfounded Judgment on one’s parenting abilities.

La Moma Nostra is a game about very different responsibilities. As a Mafia Mom, you have to pack your kids’ bags for school so they can become the best possible career criminals.

Another game that went the comedy route is You Are a Hoverboard. In this game, you do sweet hoverboard tricks. Exactly what a hoverboard’s mom looks like is not entirely clear. In any jam, there’s always one or two that end up interpreting the theme rather broadly but still end up having fun with it! 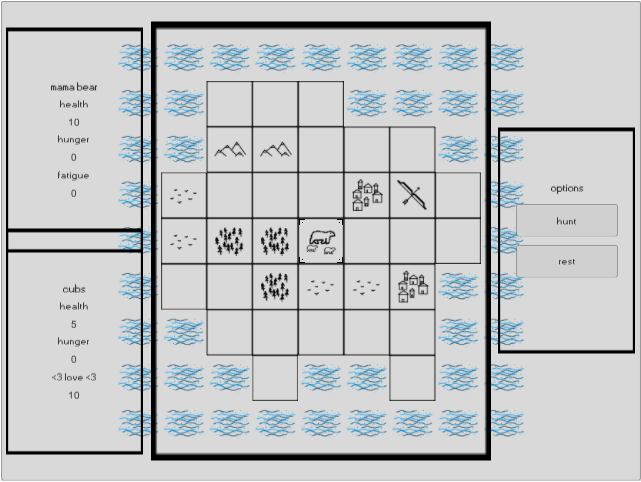 One thing I have discovered is that people associate motherhood with animals a lot, perhaps because of the nurturing and survival aspects that lend themselves to games. In the game mama, you are a mother bear that has to survive raising her cubs. A short and sweet little strategy game.

The Birds Are Going to Be Alright is another game about animals, in this case raising and directing baby birds. It has a metaphorical ending that I don’t want to spoil!

Lastly, there is PokeMom, a Twine Choose Your Own Parenting Adventure. This one might still be a work in progress so check back later!

I really want to thank Sarah Sexton and the Voxelles for the experience of this jam. I was happy just to be around so many creative people and see new original work! I hope there’s going to be a new trend of Mom Games in the world… though Dad Games can sometimes be pretty great too.

In Chicago and interested in game dev? Check out the Voxelles Homepage and Meetup!