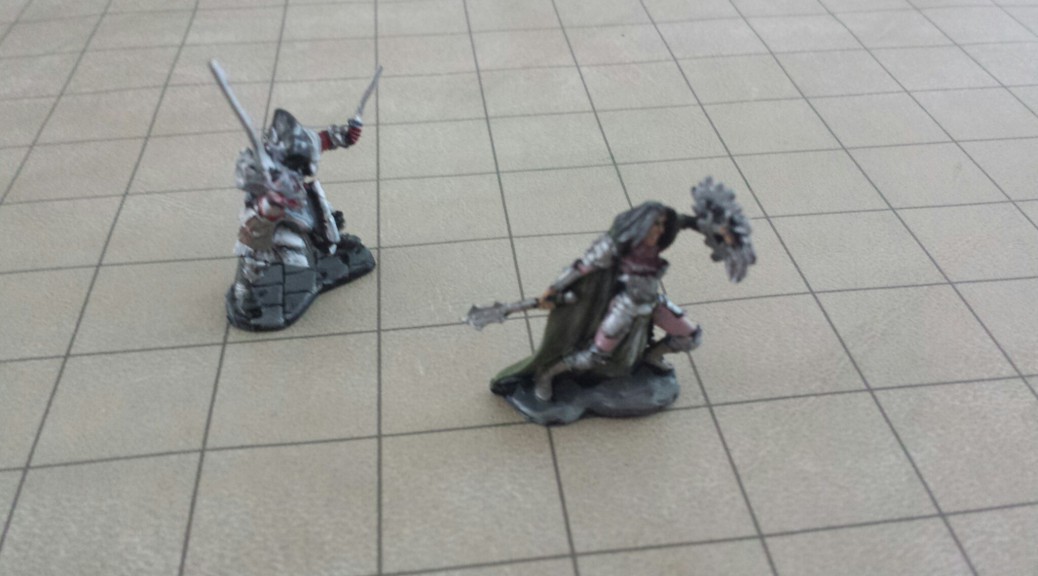 We’ve started a new D&D campaign at home. I’m not the GM this time, which frees me up to do lots of other projects and just play along.

Last week I looked on my bookshelf and realized I still had a nicely worn copy of Leaves from the Inn of the Last Home, a this-and-that miscellaneous guide to the D&D world of Dragonlance. The book contains music, short stories, poetry, and — critically — recipes, in a chapter called “Tika’s Cookbook.” I recall that when I was younger, all but the simplest recipes were dismissed as too tricky for a preteen to cook. There were a lot in there that I hadn’t tried. Now that I’m fully grown, have my own kitchen, and I’m having people over once a month for D&D… why not give this stuff a shot?

Hence, my new miniature project: cooking my way slowly through the recipes from The Last Home. (And the other books like it, if I can find them.) So here is a journey through “wow, is this book really more than 20 years old?”

This week for the D&D group I cooked:

If you think about it at all, Fizban is the worst sort of D&D character. He’s “the GM’s NPC,” a character who is both simultaneously all-powerful and can do anything, but also hilariously bumbling, so he gets himself into scrapes just so the PCs have to do something about it, but it’s actually clear he could have handled it himself all along if he’d felt like it because he’s basically god. Sorry, spoilers.

The chili named after him is supposed to taste like a fireball.

The dish actually isn’t complex; it merely takes time. Get a bunch of stew meat, dump a list of spicy ingredients on the meat, and marinade for about two days. Then stew. It kind of looks like a big red pot of Hell at first. 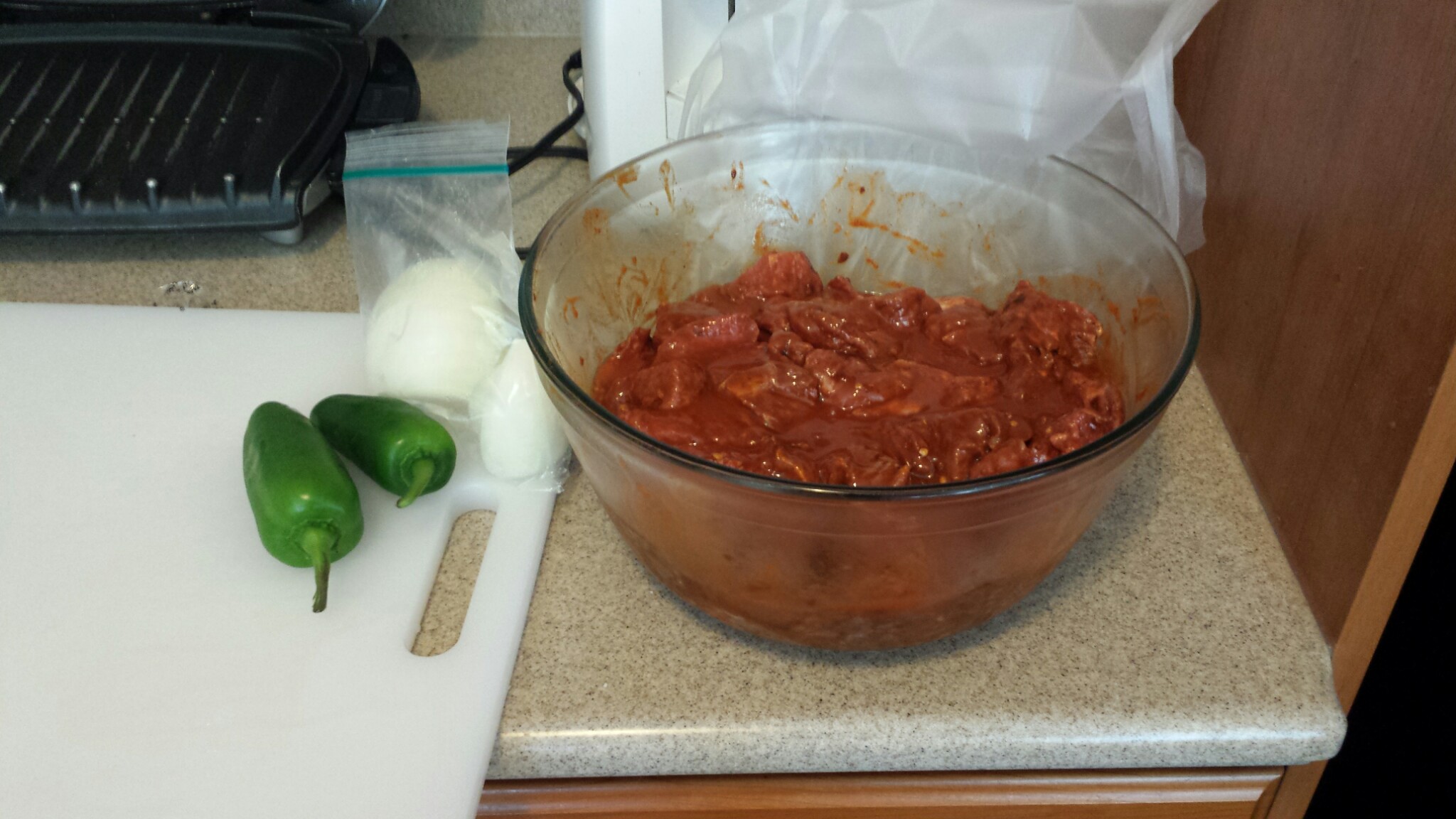 I didn’t follow the recipe exactly, because it calls for an entire jar of Tabasco for every pound of meat. I was tripling the recipe, and only scared up two jars of Tabasco. I substituted the rest with Frank’s Red Hot and also added about a tablespoon of chili powder instead of just paprika. Later, I realized I also had some fresh jalapeño and half a yellow onion sitting around. The original recipe had no vegetables in it, but onions and peppers are great in chili so in they went. 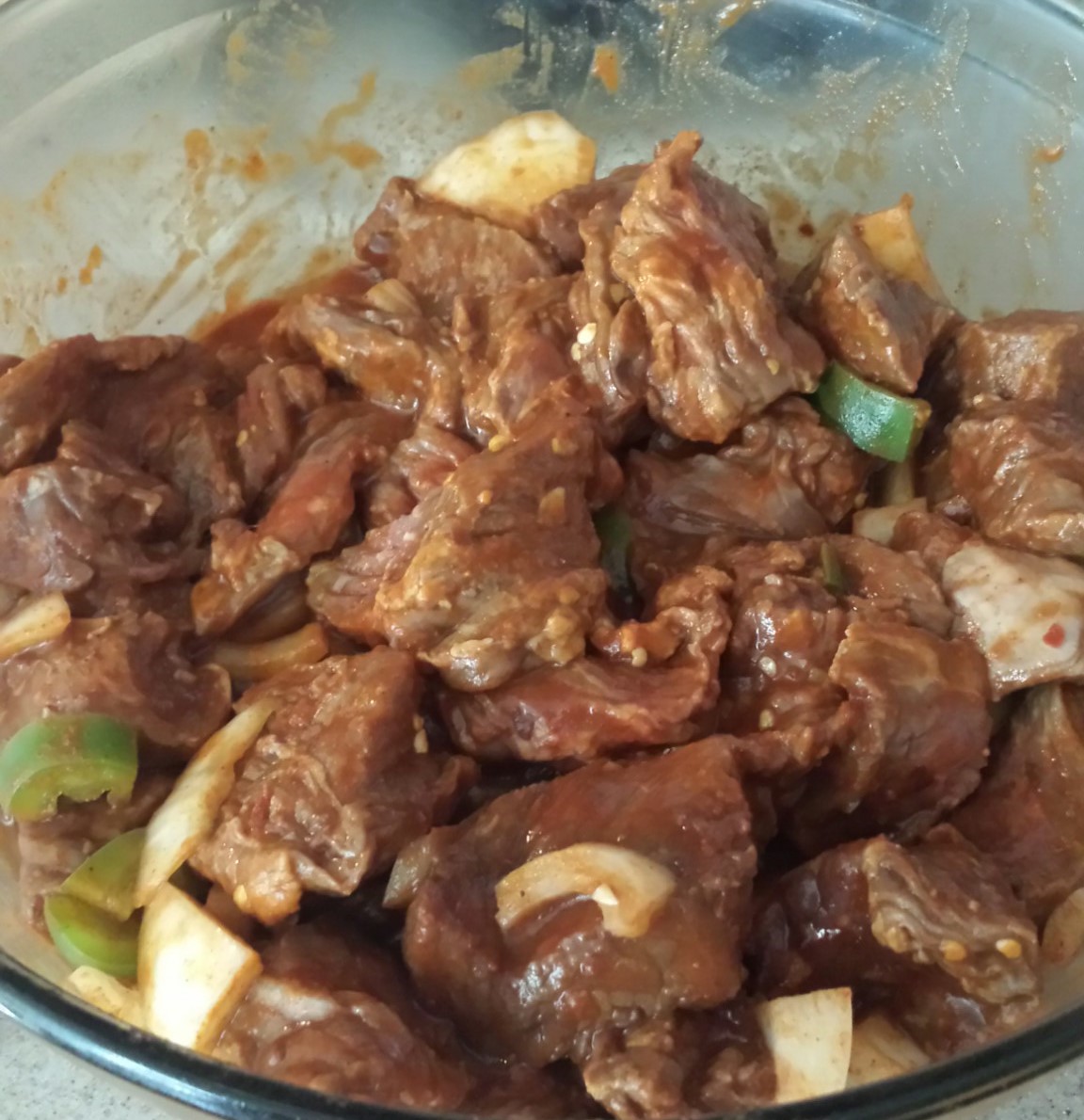 After marinating it looked appetizing. After stewing it basically disintegrated, so it didn’t look as attractive, but it was very good. It was, however, a bit too hot for some guests (hubby and I thought it was just right, but we’re used to Indian food). The suggested serving is to put it on flatbread with a bit of sour cream and this turned out quite well.

Still, since I made some changes, I didn’t quite exactly make Fizban’s Fireball Chili. Oh well, I made a tasty thing. Fizban is a dumb character anyway.

This is a type of fruit-filled cookie that is actually more like a miniature hand-pie. I’m not reproducing any recipes for copyright reasons, but, if you can get your hands on the book these are a high recommend. The basic step is to make a pie dough, then fill it with fruit jelly. I chose apricot and blackberry and both were terrific. I think the recipe would even work with other pie fillings like lemon curd or chocolate pudding. 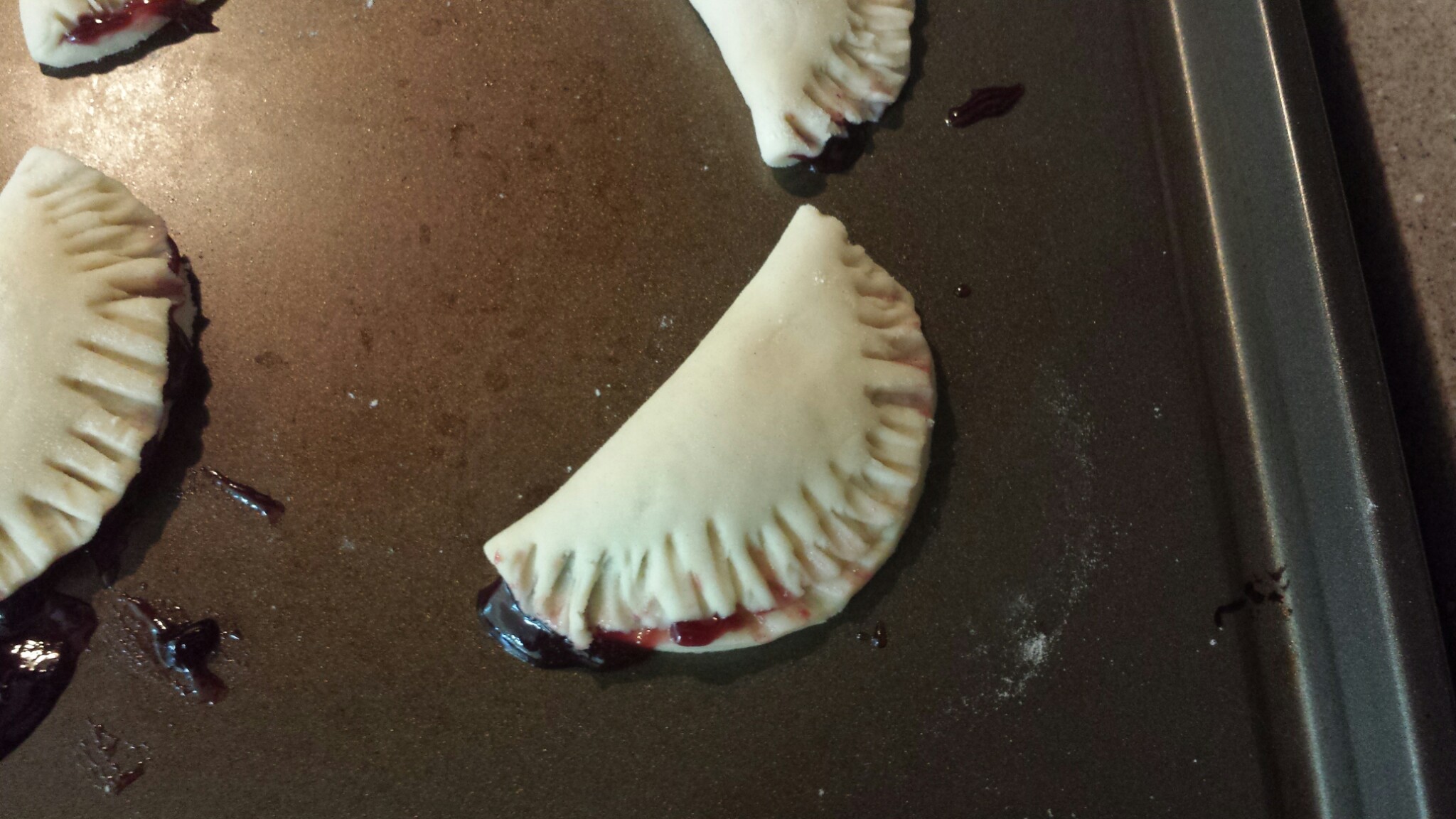 A couple warnings about the recipe – it says to refrigerate the dough “2 hours or overnight.” I went with overnight and found it really hard to work the next day. I understand the point of chilling a butter-based dough, but maybe the two hours is just fine. Or leave it out on the counter for an hour or so before trying to work it. It’s super stiff and hard to roll out when very cold.

The recipe says it makes five dozen cookies, but either that’s a typo, or the original authors rolled these out much thinner than I did. I was lucky to get about two and a half dozen. Fortunately, this was enough for my group.  I did make mine slightly larger than recommended (I have a 3.5 inch rather than 3 inch round cookie cutter) but it still seemed like a big discrepancy. 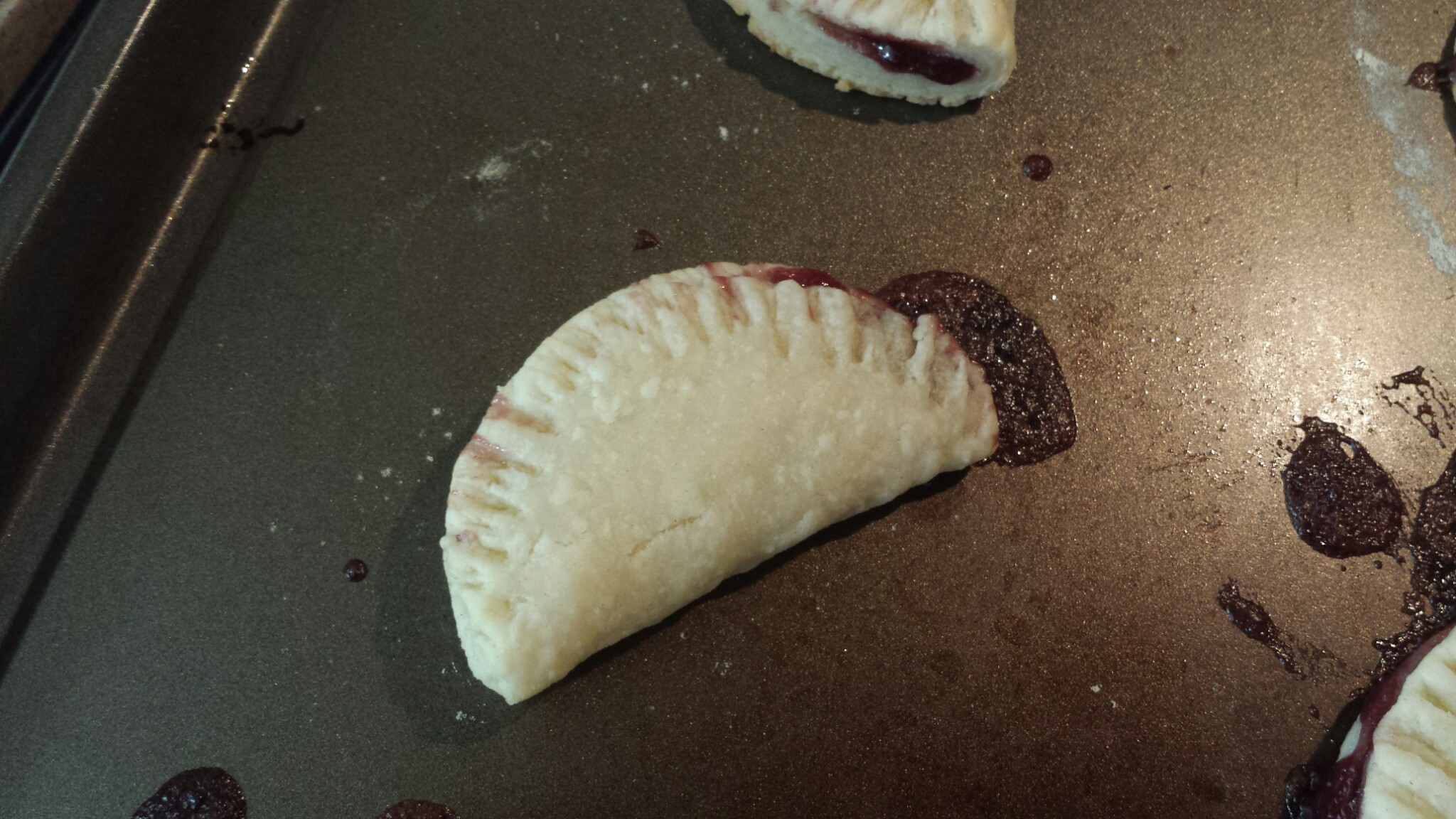 Thanks for joining me on this small interlude about some of my other hobbies. Gaming and Cooking for the win!

If you got this far, don’t forget to check my Events calendar for updates today. Tomorrow I’m speaking at Philly Game Works! I’ll also be at PennApps again this year!

4 thoughts on “Cooking with Dungeons & Dragons”