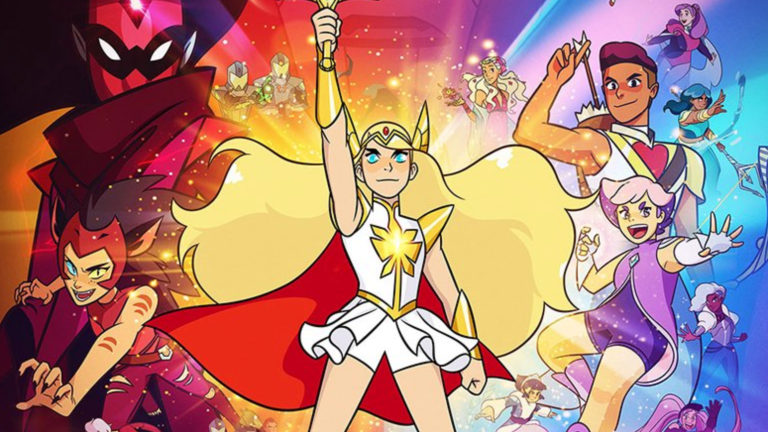 I generally have a chill attitude about modern reboots of kids’ media. As an adult who often remembers “round one” of these things from my own childhood, I go in with full knowledge that the stuff we liked as kids is not going to have the same impact to a modern audience of younger people. Media evolves. Pace changes. Standards change. Something old shown to modern eyes is often not going to feel as fresh or fun as it did when it was new, and updates to designs and stories to suit new audiences can be justified. If the reboot is genuinely bad (like the, um, ReBoot, reboot), it at the very least does not erase the original, as long as you can get it somewhere (in this case, VHSes in my basement, which I’m still in the process of ripping). If the reboot is good, like the DuckTales reboot, then there is another excellent show out there, and it might end up drumming up more demand for people to watch the original (this has happened with Darkwing Duck, for example).

The new She-Ra, She-Ra and the Princesses of Power, is good.

On some level I’m surprised about how much I like it, because for the past decade or so, I’ve at best felt lukewarm on any geek media when the big selling point seemed to be the LGBT rep. So let me qualify a lot of things and work out my feelings about it on this essay here, and discuss how things have evolved for me into 2020.

First of all, probably what got me into She-Ra POP, as opposed to some new IP, was that… it’s She-Ra, a thing I already liked and was familiar with and had thoughts about and faves from and also still have on VHS in the basement. I’m sorry to have to confess this to ya’ll in such a manner, but in case you can’t tell, I’m old. I had a Crystal Castle playset once and I probably still have a stripped-down Swiftwind somewhere. 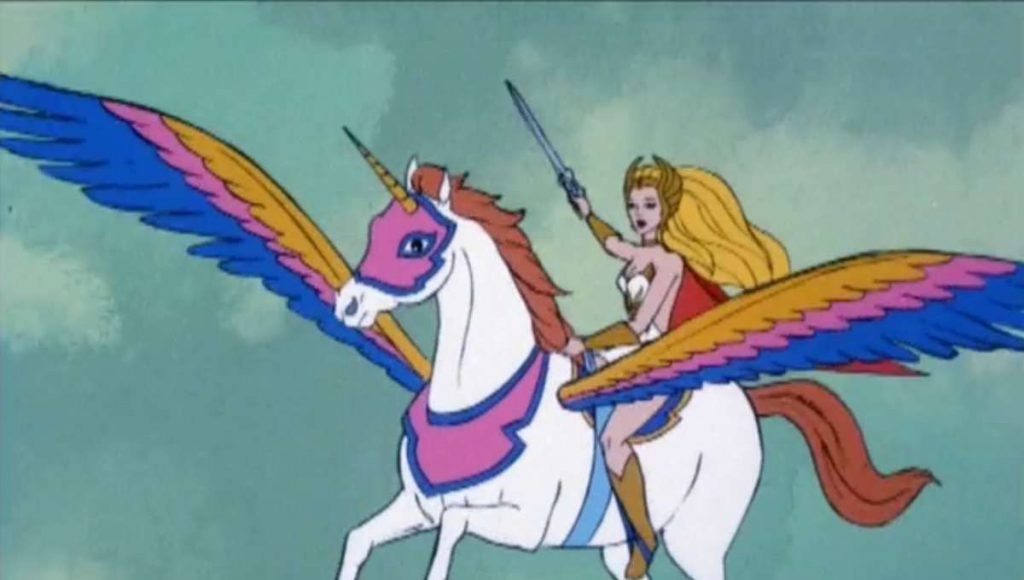 I’ve seen a tweet going around saying that the WLW representation in the show was “easy, safe” representation and not as big of a triumph as people think. I understand this point of view because I’ve expressed that attitude from time to time too. My feelings on this have evolved a lot, from talking to people about representation and how they feel about being depicted. Here’s some bullet points about it!

In video games, creators face different obstacles. I wrote a whole essay about how Gone Home would feel really different if it was about a straight girl, even if it’s the same story otherwise. I still think that’s true.

Meanwhile… Of course Ellie from the Last of Us is gay, right?

Ellie isn’t you. Ellie is your daughter. If your daughter kissed a boy, then she’d belong to that other boy, and not you. That can’t happen! So of course she has to be gay, which, on some level, preserves her chastity. Right? I don’t love this, is what I’m saying. If you love it, great, but to me it’s different from She-Ra.

In video games, there’s the question of player agency. This is a medium where the player is generally presumed male, so female experiences are not centered by default often even when the protagonist is female. This is how you get things like Lara Croft being coded not as you but as your daughter that you want to “protect.” Even if female creators are involved, it takes a lot of people to make an AAA game, and this daddy-knows-best attitude can creep into the work from other sources. Dontnod had to fight censorship, not just to have a female protagonist, but to have a straight female protagonist, in Remember Me. Knowing this was a fight they had to fight gave me some mixed emotions about their next game, Life is Strange, which was a) more widely acclaimed and b) centered on a female/female relationship. Overall, I enjoyed Life is Strange, but I also had some baggage about it.

The internet controversy about Reylo – sure, I’m gonna go there too – helped me focus on a piece that I was missing in my head.  One way or another, women are shit on for our preferences constantly, always, where it comes to romance and fantasy. Gay, straight, doesn’t matter. If we liked the idea that Rey and Kylo Ren were a romance, we were somehow glorifying abuse. If we like the idea that Adora and Catra are a romance, we’re still glorifying…

There’s a lot of oldschool fantasy universes (looking at you now, Wheel of Time) where the differences between genders are part of the setting at the fundamental core, wrapped up in the world’s lore. Most modern fantasy settings (witness the slow rebrand of this in Dungeons & Dragons core books for another example) seem to take an egalitarian approach. In She-Ra, society seems mostly matriarchal and the big power is centered on Princesses, but men aren’t really considered lesser because of this. There is no “oh no, the poor oppressed men” undercurrent on this show; it simply depicts a world where most leadership is female and this is a normal situation.

And on She-Ra… love is love… there is not a single time where a character is diminished for their preferences so far as gender is concerned. You like a girl? Great. You like a boy? Great. You like a clone alien who is also a boy? Okay, we’re gonna ask you a question about the clone alien, but only because we fought him for a long time, not because the clone alien is a boy; in that department you do you. This is very refreshing, even if there’s always going to be annoying people on Twitter saying that one such thing or another glorifies abuse for one reason or another because some people just hate fantasy.

Looking at the Catradora relationship, I think it’s fucking great. This is not a situation where a man didn’t understand how to write a story that didn’t center a man, so he decided to make a passive female love interest for a woman and then call it progressive. It’s a story about two women who are both interesting characters and their journey growing and changing, apart and together.

Overall solid magical girl show in the grand tradition of magical girl shows, where the central theme is about love and redemption. I think there’s always moments where I’m like “wow I wish X person had more screen time,” because the show has a big cast and gets pretty compressed to fit it all in, and that’s my one complaint.  It cured my quarantine blues for a while; was definitely worth the watch.

2 thoughts on “Princesses of Power”