Actually the title of this post should read “My Thoughts on Yaoi Christine Love’s new Visual Novel ‘don’t take it personally babe it just ain’t your story’ Which Everyone is Talking About Lately and Which Contains Some Non-Graphically Depicted Elements of Yaoi.” 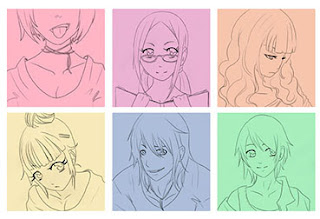 This is just another one of those short-experience indy games with a story focus that hit the internet and made a big splash. I’m drawn to these lately because someone says “it takes about an hour to play” and, like… I have an hour.  I’m drawn to a lot of other experiences that don’t take an hour, but, an hour is about right as I get older and busier.  For more explanation of what don’t take it personally… is about, I’ll link to Rock Paper Shotgun’s review with pictures and explanations, to avoid repeating content already on other blogs.  That’s for if you need context.  If you need more context, play the game (I’d say plan for an hour and a half, but I was multitasking) and then come back.

Just some random spoilery thoughts below, in bullet-point format rather than a proper essay.

One thought on “My Thoughts on Yaoi”