This Month’s Blogs of the Round Table is about our female role models. Though there’s lots of women in the industry whose work has inspired me, I’m going to talk about characters, because I’ve always had one foot planted in fiction while my foggy head travels the real world. I’m also not going to talk about one woman. I need to talk about eight.

Starting from the top. 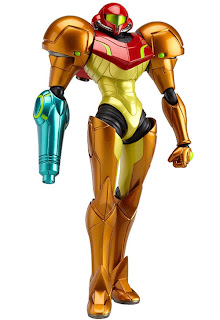 When I was about thirteen I decided I wanted to be Samus Aran when I grew up.

I was blonde, and I had green eyes, so I figured I was halfway there.

Turns out “space bounty huntress” never really opened itself up as a career pathway. Green eyes stayed, but blonde faded. And even if it hadn’t, I don’t have the requisite skill to construct a cosplay. But that had been my dream, at least for the time. I had a Samus screen name on AOL. I tried for a while to make that into my nickname in real life, but it didn’t stick, except for people who knew me as that on-line already.

It’s true there was a Samus I loved and a Samus I now love much less. I idolized not just Samus Aran, but the Samus defined by Captain N Comics and the NES instruction manuals. In my mind, she wore her armor in part to hide her identity from hunters uncertain that a woman could do such a violent and cruel job. She kept her cards close to her chest and opened up for almost no one; like Artemis, a lone huntress who refused to love. I wasn’t such a fan of the character that she slowly became: the chosen savior of an ancient race, bound by prophecy. I thought it was kind of weak to tie a self-made character to a burden like fate. And later down the line, when game stories began to focus on her past and on the trauma of her childhood, Samus and I grew apart. 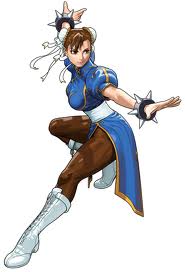 But even in the 90s, there was another woman, and her name was Chun Li Xiang.

The idea that here, was a game for boys, but, also, there was a girl I could play as, struck me as astonishing and new at the time. There was no division between a girl and boy’s game, and the girl character was so good that lots of boys liked to play as her (if only to look up her skirt). I’ve written a bit already about my relationship with Chun Li. One thing I didn’t mention was that, for a while, I tried to do my hair that way for school. It was pretty challenging, but that’s the kind of nerd that I was.

I was excited for the Chun Li movie when it came out, so of course it was not allowed to be good at all. It still perplexes me to this day that Hollywood could be handed such an easy story – a simple, kung fu revenge story about a girl and her father and a villain – and mess that up so badly.

But that doesn’t detract from the heroine in the games, the tough young woman that told me it was okay to pick up the controller and play with the boys: win, or lose. 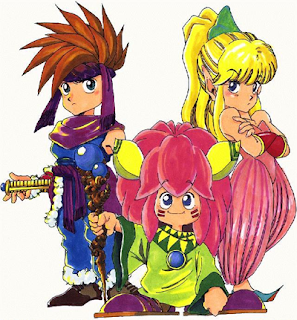 The second player character in the game Secret of Mana is a girl. As a kid, I called her Lauren, for some reason. Her canon name, which I didn’t know at the time, is Purim, so I was kind of close.

Purim isn’t a wallflower and isn’t much of a charmer. Most fanart seems to depict her as a cheery elf, but look at that pout in the official art. Purim is 100% attitude: a sassy karate bitch who fights with claw technique and punching. She’s following the Hero on his Quest not because she’s romantically attached to him, but because she’s trying to save her boyfriend. No, seriously. Secret of Mana had the rare Dude in Distress, being rescued by his girlfriend.

Purim thinks the Hero (Randi) is kind of an idiot, especially at first. They meet officially when she’s rescuing him from marauding, man-eating goblins. Again: where she is rescuing him. Because she’s radical. “Hey, you have a big sword and a dumb expression. Come help me rescue my boyfriend from a witch.” 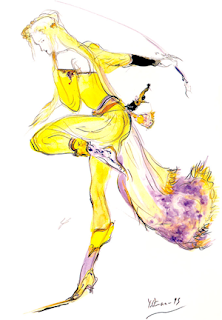 Another Woman who Rescued Men is Celes Chere, the second-half protagonist of a game where most people say they disliked the second half.

Celes is 18 in Final Fantasy VI, and already the general of an Imperial army. She must have been a solider quite young. Infused by mad science with the magical powers of an Esper creature, she was strengthened yet scarred by the experience.

Celes’s starting spell selection was ice magic – a nod perhaps to the being that died to give her these abilities. Either because of fundamental changes caused by this magical procedure, or, just to reinforce her character’s theme, her heart was also like ice. She was a general, a warrior, but definitely not some opera floozy.

But yet when duty called, Celes took the stage, and she sang.

Her story wasn’t about a weak girl getting tough in a cruel world. It was about a tough woman making real friends, recognizing that, though her road had been hard, she didn’t have to go it alone. There were still people she relied on and could believe in. And it was up to Celes, the person who didn’t want to rely on anyone, to get the band back together and become a leader of heroes.

Princess Zelda was always a kind of different character in my head.

All the media that inspired me as a kid revolved around cheesy cartoons and SNES games. And so “my Zelda” was a fusion of those themes – the sassy princess from the television show and the wise sage from A Link to the Past. I imagined she wore pants, on her off days, those rare non-kidnapped days. Like Link she was good with a sword and a bow. She knew the forest and was kind to the people.

But the Triforce of Wisdom gave her access to knowledge and grace not afforded to just any mortal. She alone was the guardian of Wisdom. In a way, Zelda was the Athena to Samus Aran’s Artemis. A woman who would put on armor to do battle, but only if she must and the cause was just.

I imagined, in the Dark World, where Link was a rabbit, Zelda would be – perhaps an owl, owing to her role as the guardian of wisdom, or, perhaps, a graceful gazelle, moving silently through the forests of hunters.

Later on, someone decided she could be a secret ninja. I guess I’m okay with that development, too.

Now what on Earth to make of Kara, the princess sidekick in the game Illusion of Gaia? She wears a pink frilly dress, like many game girls of the time, and she doesn’t fight at all. She travels the world with her pet pig and complains, as runaway princesses do, that being a princess was so boring, so stifling, “a cage of gold and silk.” She is not a warrior at heart. Not at first. But as she is determined so help out her friends, she learns to face hardship and conquer fear.

It always felt like there was a scene missing where it came to her.

And then we discover that there was a counterpart to the Dark Knight – the Light Knight, and that person was Kara. Using her own synergies, she transforms into the Phoenix, the final form of light. Without her powers, Will would have no weapon capable of saving the world.

But Kara had no intermediate form – no adult woman warrior form where she traveled the world and did battle as a Knight. I felt a little empty we never got to see her with sword in hand. Where was my Paladin Kara? I wish I could make the game where she was the star.

So far I’ve really only talked about my childhood heroes, characters that resonated with me back in the SNES era. Here I am twenty years later, and I haven’t given up on video games. But the women are different now. Some of them, like Samus, changed in ways that disappointed me a little. Others, like Celes, were just never celebrated as much as I hoped they’d be.

I don’t have much skill as an illustrator. But if I did, there’s a webcomic series I’d love to draw. 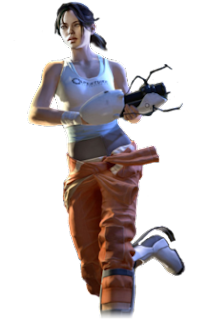 A woman steps out of an elevator and into the sun. She is the Exile, an outcast. She is beautiful in that she is strong and triumphant, but she is not supernaturally beautiful. No princess, no paladin. Not even a full-time employee.

And another woman walks up to her. A woman in many ways her opposite: all of the beauty that supernatural powers of illusion can afford a woman, all legs and hair and attitude. Loud and abrasive where she is quiet.

“Let’s get going baby,” says Bayonetta: “We’ve got some work to do.”

And that begins an insane romp to build the Female Expendibles of Video Games. They travel from world to world kicking ass. They pull young Lara out of the mud and wipe off her face. They remind Samus that once upon a time, she was a bitch. They let Princess Peach know it’s okay to wear pants once in a while, if the animators think you’re going to step on your dress. They hand Kara her sword. Somewhere along the line, they all save the universe. Because that’s how it’s gotta be. 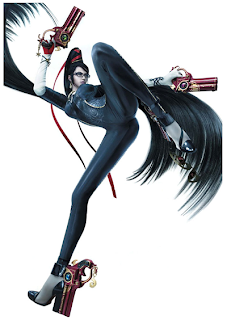 Bayonetta is a strange person to look up to. She is so obviously over-the-top and unreal. The question still rattles around in me sometimes if we can should enjoy a parody of female objectification while simultaneously indulging in it. Call it a guilty pleasure. Except I don’t really feel guilty, knowing that beauty and grace was always part of the reason I might look up to a woman in a game.

And could there be a more perfect counterpart than Chell, another woman I love, to show the uncertainty we have about how to show strong women in games? Chell isn’t about sexuality; she’s not bending over to mug for the camera. It takes a little bit of effort to see her at all. Where Bayonetta makes a showcase of her gender for all to see, Chell’s barely matters at all. But she’s tough, she’s tenacious, and she gets her job done, one test at a time.

Some might say women in games inevitably fall into a set of cliches. Perhaps so; the urge to kidnap princesses is as old as fairy tales are. But there’s really a broad spectrum out there, of different ladies all willing to answer the call. From the runaway princesses to the reluctant warriors, women in games have inspired me throughout my life. And into the future, where more heroines will await… as long as we remember that girls like games too.