During this week I participated in a Hackathon to increase my own skills and work with my work team. I decided to do a quick project using the Particle Core!

A lot of times during the day my husband wears headphones and it’s hard to get his attention. I thought it might be fun to create a flashing light device that gets his attention whenever I needed him. I set it up with a few different color functionalities, and used the topper from our wedding cake to set the Particle Button inside. The Button has a ring of muti-colored LEDs that can be activated with the use of a simple API call.

I used a fork of the basic Button code, which is on my GitHub here, and created the “SpouseAlert” script. Using Particle Build, I then flashed the code to my device.  Here’s what the chip looks like with the lights on and flashing (red, in this case) 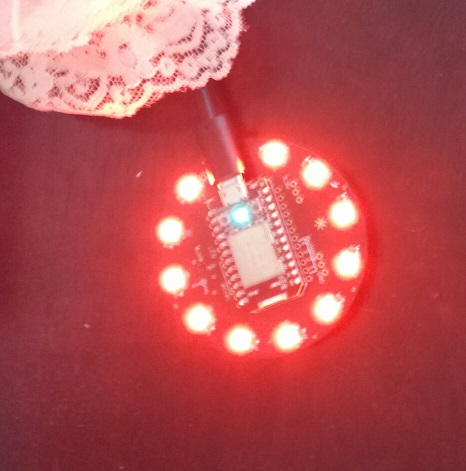 Then I wrote a short Web App to activate the different lights. Using the Windows Voice Commands QuickStart I was able to create an app that could be activated either by clicking or by voice. If I say “Particle, Spouse Alert!” it will open up the app page with the appropriate alert selected.

Here’s the app – it’s pretty simple but it gets the job done. And yes, I used a phone to take a picture of a phone… 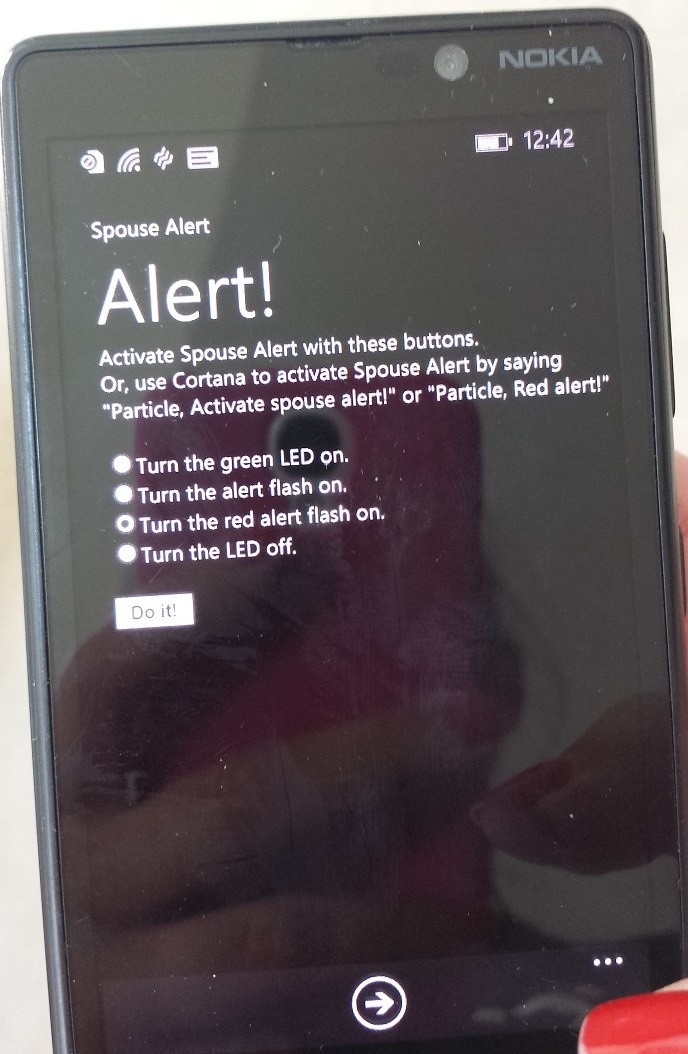 I can also activate the lights using a call to Yo. Yo is a silly app but it does something simple – sends a “Yo” message to a person or thing. That means it’s pretty fast if you want to send a “Yo” to an object. In this case, I’m activating the call to Yo with If This, Then That. I learned about this trick from David Washington, whose Super Bowl touchdown light project was an inspiration for me to try the Particle Button!

After putting all the code together, I fit the Particle Button underneath my wedding cake topper. Yes, I saved it all this time… all I had to do was carve a couple holes in it for the wiring. Here it is lit up! 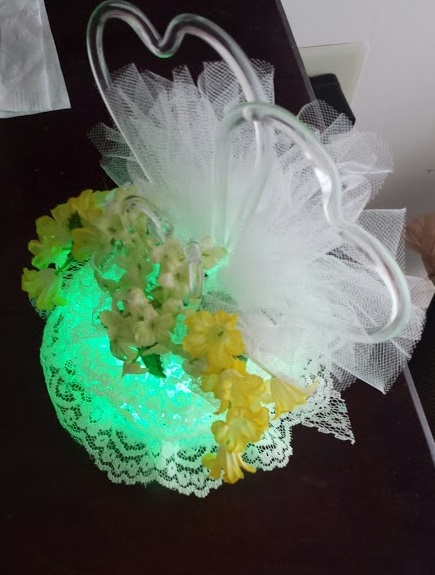 Now when I activate the app it uses a few different patterns of bright lights to send an alert. I hope it’ll help out with communication for us for a while! I think a device like this would also be useful for people whose spouses are hard of hearing. Different colors and flash patterns could be used to send different quick messages, and you don’t even have to be at home!

Hopefully soon I’ll post a tutorial for interacting with the Particle on Channel 9. Also, I’m teaching an Intro to Particle at Walnut Street Labs’ iSchool in September! You can join me the evening of September 9 and I’ll show how to get started with Particle and make simple experiences like this one!