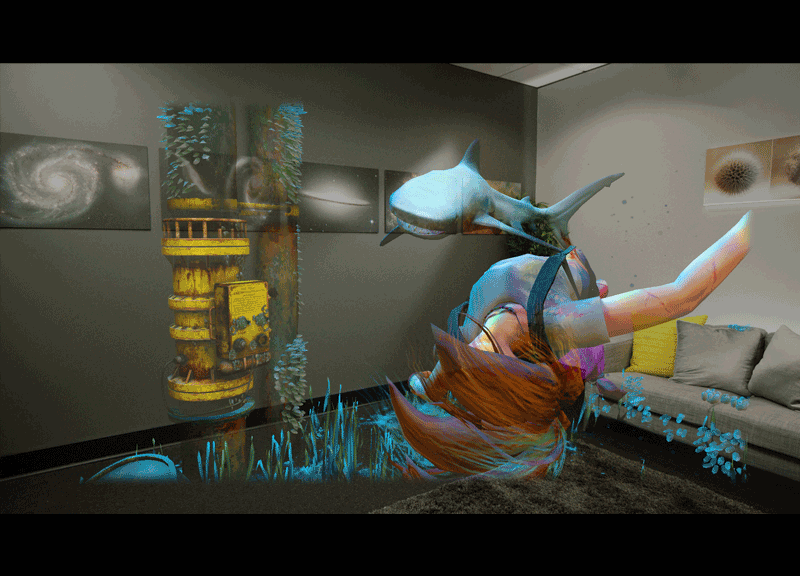 Anyone who knows me knows how extremely excited I was for the HoloLens, the Mixed Reality device being developed by Microsoft. When I saw the live demonstrations of the device, I knew I had to have it.

All that being said, as excited as I was about the HoloLens, I was excited about it for reasons beyond my usual. HoloLens has  tremendous potential in the fields of science, medicine, construction, education, and engineering. I was not really sure how it would fare as a gaming device, however. It seemed likely that casual games could find a home there, but could a device that overlays holograms onto the real world be home to a deep narrative experience?

Well, now I’ve played the game Fragments on HoloLens, and I am convinced.

Fragments was developed by Asobo Studios in cooperation with Microsoft Studios. I am probably one of the only narrative-focused game reviewers in the world with access to this game, which is a pretty bizarre feeling. Since it’s of course a Microsoft game, I won’t be reviewing it per se, but I will tell you what it’s all about so you can have an idea of the experience.

Fragments is the crime-solving sort of adventure game. The first thing that happens in the game is that the HoloLens scans your environment, and puts it into the memory of the device. It looks for couches, tables, walls, floors, ceilings. When the actual game begins, a virtual assistant, named Hamish, explains the story of the game. You’re a detective whose job it is to search people’s memories for clues. The game will overlay a crime scene into your real environment. This is framed as a dive into the memories of the victim.

You walk around this half-virtual crime scene looking for real clues. An important clue might be sitting on your actual countertop or on your floor. The clues place themselves relative to the shape of the environment you are already in. The HoloLens might fix new patterns to the walls and floor, set virtual objects on your real countertops, or even hide clues up in virtual holes in your ceiling. A crime lab is virtually fixed to a blank wall in your room. Interactions are done with voice and with gestures, tapping on virtual objects to move them and inspect them. If you think about what you’re doing for five seconds, you will feel a little ridiculous, because you are staring at a blank wall, clicking on things that are not there. 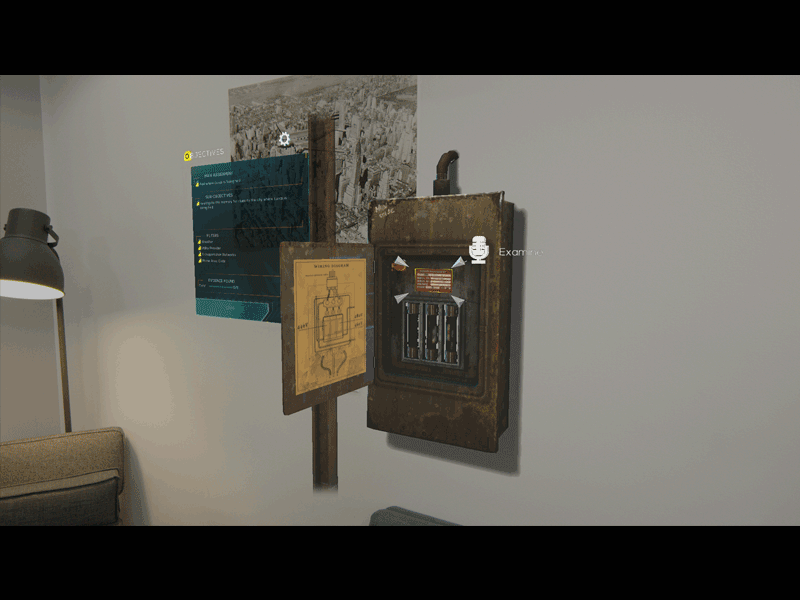 The game early in encouraged me to pick up a real pad of paper to write down clues. This already cemented it as one of my favorite sorts of games.

At one point, there is an interrupt from the game’s bad guy, and there he is, just standing in your kitchen, taunting you. He says your house is very nice. Only you can hear and see this person. It is a totally surreal experience.

Here’s a thing that really surprised me: Fragments is not just a tech demo. It’s a full length game with an actual story. I was expecting a short experience, and got about five hours of gameplay. It also has adaptable difficulty, meaning that if you are getting stuck on a particular puzzle it will slowly hint you toward a solution. There’s several minigames within the larger game as well: stuff like assembling something that’s broken, or, later, guiding a camera drone robot toward a destination with gestures. 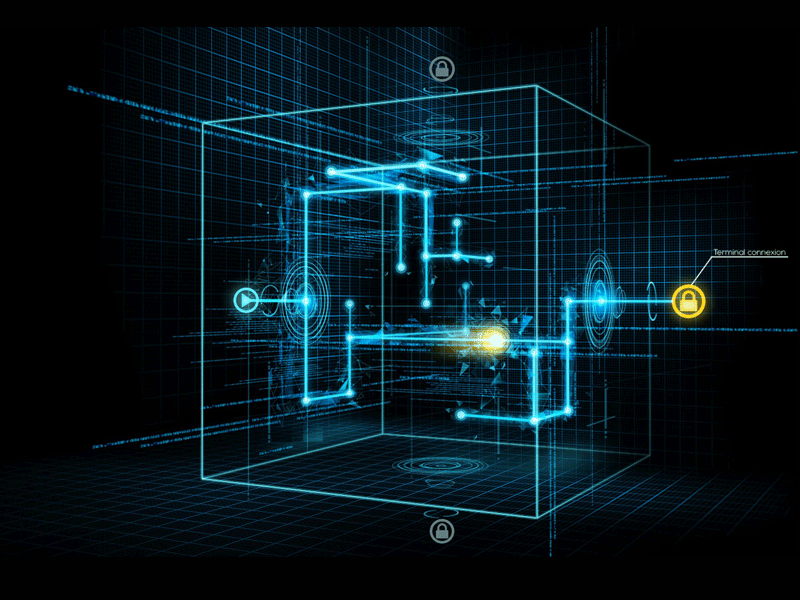 It took me a few sittings (well, really, you stand up and walk around) to get through the game. This is partially because I couldn’t initially use the HoloLens for too long without a headache. I think this is just the reality of wearing an entire computer on your forehead; the HoloLens is standalone and not tethered to anything like the Oculus or Vive. I’m getting used to it pretty quickly though. I didn’t develop any nausea or simulation sickness, which I used to on VR devices, but in Mixed Reality you don’t really lose a sense of the space you’re actually in so that problem is minimized.

It is hard to separate my experience of the actual game from being dazzled by the technology that made it possible. But the game is very worthwhile for anyone like me who is a big fan of crime solving adventure games. I’m not talking about the story directly too much, but it feels weird to discuss it in depth when it’s a mystery and designed to unravel as you play. I will say that I really liked it though. There’s also a lot of women in the game, yay!

What the HoloLens really necessitates is a total rethink of some game genres. Puzzle solving and more casual games are going to be a good fit for initial developers but a deeper story based experience is totally possible. For myself, I’m thinking now about the possibility of an “Escape the Room” game and how the HoloLens might work together with an environment that’s already a pre-set game environment as well. A strong HoloLens experience may be more about interactions with people and interactions with objects in an environment. When you can’t really have a big environment to move around in, you lose the “big open world” genre but you gain something else: the ability to create a small environment in great depth and detail, and the possibilities of a more intimate exploration. This is something I love to see in interactive fiction and it’s going to be awesome here.

If you want to get started developing your own game and app ideas for the HoloLens, check out the hub for Holographic Development. The Unity Holographic engine allows interacting with an emulator so even if you don’t have a physical device yet, you can start work on your idea. I found this emulator tutorial particularly helpful in understanding how the device gets data. It’s also really easy! If you’re used to Unity and C# it will take you less than an hour.

If you have ideas, there’s also the Share your Idea campaign. It’s a unique opportunity to have developers build your idea and resulted in the open-source Galaxy Explorer application. Let Microsoft know what your cool ideas are or use the open source code to get started right away on making them!